Installation is intended for a showing in a museum or a gallery.

My friend Anja Matanovic told me the story of one small moment from her childhood during the war in Bosnia and Herzegovina. Its a story of war told from a perspective of  seven year old girl. The story didn’t mention war itself, war was  in the unspoken pause of the story, all the rest was a normal life that continues even in these worst of conditions. Based on this inspiration, I collected childhood stories of closest friends and included personal memories of this period in order to deal with the representation of war

The experimental laboratory of spatial audio and 180 degrees projection of Filmuniversität Babelsberg Konrad Wolf and the partnership with sound designer Lorenz Fischer brought the work to its final form. The laboratory with its spatial audio system finally resolved the way in which the stories will be told, with the jumps trough space and separate loudspeakers, stories could be closer to how they are in real life, told not in particular order, with jumps between people speaking, and moving through space. Cutting the stories in fragments, overlapping on two different places in space, making two voices work together on the same fragment at times, transformed the stories and most importantly supported the narrative of the stories and those of the visual.

The visual part is set with the 180 degrees projection screen.  The work is developed as an experiment in combination of storytelling and space, and in this way it would get the note of the space installation, with no beginning and no end, an archive of  war stories that doesn’t have an ending. The final work visually showed the line representing Anjas story line making its way home, with all other fragments  between the beginning and end of the journey. 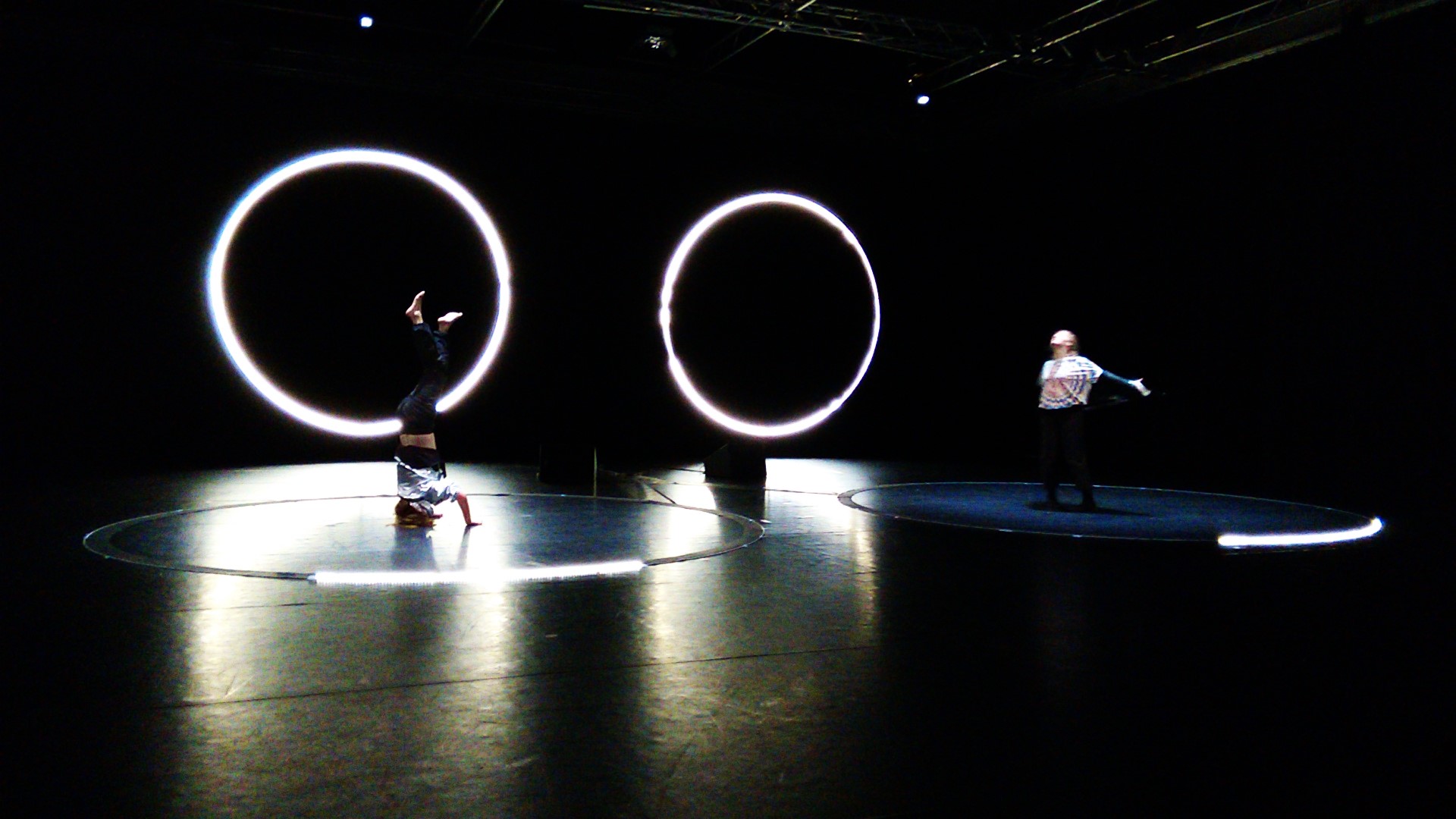